ASA2022 Anthropology Educates: this six-month long conference's files, recordings and comments are available to all to enjoy online.

Ethnav is a tool to help you navigate some of the complexities that ethnographers now face when presenting their research plans to the various bodies charged with responsibility for regulation and governance of research. Navigate >> 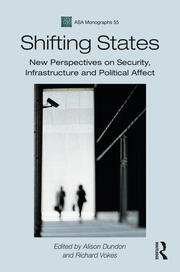 The ASA is the professional association for social anthropology. It was founded in 1946 to promote the study and teaching of anthropology and to uphold the interests and status of the discipline, primarily in the UK, but also extending to the Commonwealth, where it works collaboratively with fellow anthropology associations. The ASA’s major role is to assist its members in planning and conducting research, and to represent social anthropology and anthropologists in the academy, and in relation to policy and funding.

The ASA maintains a searchable directory of members, which is in effect a register of professional social anthropologists. It publishes the annual ASA monograph; the peer-reviewed open access journal ASAonline and the Firth lectures. It supports the communication of social anthropology in various social media.

For more details about the ASA’s activities, past and present, please click here.

The ASA was very sorry to learn of the passing of long-term and active member, Pnina Werbner, on 17th January. Well-known and respected for her work on cosmopolitanism, she was regularly to be seen at ASA conferences - indeed she hosted the 2006 jubilee conference at her University (Keele), resulting in an ASA monograph from it. Pnina is survived by her husband Dick Werbner (also a longstanding ASA member) and their two children.

The ASA invited applications for a fixed-term position as a research assistant under the supervision of Dr Andrea E. Pia. The ASA is undergoing a restructuring of its operations which aims at rendering the association more inclusive and relevant to contemporary British society. Read more.

An Unwell World?
Anthropology in a Speculative Mode

The ASA is sorry to learn that longstanding ASA member Alan Barnard passed away suddenly on Friday. Dr. Magnus Course, Head of Social Anthropology at University of Edinburgh writes:

Alan was born and raised in Baton Rouge, Louisiana, but spent most his life here in Scotland, joining the Department of Anthropology at the University of Edinburgh in 1978. He received a personal chair in the Anthropology of Southern Africa in 2001 before retiring in 2015 after 37 years' service. His immense contribution to the discipline was recognized with his election to the British Academy in 2010. Alan was especially proud of his appointment to the role of Honorary Consul of the Republic of Namibia in 2007. Over the decades, Alan was the author of dozens of books and articles, ranging from his earlier work among the marginalized hunter-gather communities of Namibia and Botswana to later more theoretical work about the contribution social anthropology could make to explorations of the origins of human language and society.

His gentle kindness, his friendship, and his unfading passion for anthropology's biggest questions will be sorely missed.

This year's Firth Lecture, Unlearning Anthropology, was given by David Mills (University of Oxford) with Cris Shore (Goldsmiths) as discussant.

Read the abstract and watch the recording. The PDF of the paper will be posted shortly.

Scholars at risk who are looking for safety and support are encouraged to apply to this joint scheme between the Academies in the UK and the Council for At-Risk Academics. Anthropologists are welcome to contact ASA for help in identifying suitable host institutions, and our directory of members is available for consultation.

War in Ukraine – an Interview with Dr Taras Fedirko

ASA Media Officer Andrea E. Pia talks with Dr Taras Fedirko about his recent ethnographic fieldwork on militarism and media oligopolies in Ukraine. Dr Fedirko discusses the political and social contexts of Ukraine after the Maidan revolution and clarifies the role that media corporations, Putin’s propaganda, and para-military groups have played in the lead-up to Russia’s invasion of Ukraine. Read in full...

The ASA categorically condemns the invasion of Ukraine by the Russian military. We extend our solidarity to colleagues and friends in Ukraine, and encourage our members to support Ukrainians at home and abroad in their efforts to resist the invasion.
For information, please use reliable links, such as https://uacrisis.org/en/

The ASA Museu Nacional Solidarity Support Network has now wound up. The network was set up in the wake of the devastating fire that destroyed the National Museum building in Rio de Janeiro in September 2018. Having kicked off in a well-attended meeting held at the ASA conference at Oxford that year, the network has been a prime expression of solidarity of UK-based anthropologists with our Brazilian colleagues, and helped coordinate contributions to initiatives taken by the latter in reconstituting both the material and the human resources of the Museu. You can see a record of the Network’s actions.

The ASA has written to members of the Brazilian Government to object in the strongest terms to proposed law PL490/2007. This law, and particularly its ‘time limit’ proposal, endangers the lives of countless indigenous Brazilians and undermines the remaining integrity of the Amazon basin. Anthropologists working with indigenous peoples believe this proposed law is unconstitutional, and there is clear evidence that it will incentivise violence, racism and the dehumanisation of indigenous people in Brazil. The proposed law will jeopardise the livelihoods of indigenous people and threatens the socio-environmental systems that they steward. It casts Brazil further into the realm of ‘pariah nation’, and attracts the condemnation of people around the globe.
We support the Associação Brasileira de Antropologia in calling on the Brazilian government to stop initiatives that will harm native people and their land, and which represent a clear attack on the 1988 Federal Constitution. See also this site.

Katharine Tyler and Cate Degnen have stepped down after more than a decade running the Anthropology of Britain Network, which they established. They have handed over the reins to Dr Celia Plender, an ESRC Postdoctoral Fellow in the Department of Sociology, Philosophy and Anthropology at the University of Exeter and Jessica Fagin, who is a PhD student in the same department. If interested in contributing to the network please do get in touch with them via the site.

The ASA is appalled to see ongoing collaborative research and development projects threatened by cuts to the UK Overseas Development Aid budget. GCRF and Innovate UK funded projects have been a vitally important means for UK based researchers to work with international partners to promote sustainable and just transformations around the world, often based on many years building trust and cooperation. To have the rug pulled out from ongoing projects, where benefits have been promised to partners over several years, represents an egregious betrayal of trust. It threatens to destroy the reputation of UK researchers as well as the UK government for years to come.
We call on the government to reverse these cuts immediately.

The ASA is deeply concerned by the detention without charge of Mr Ahmed Samir Abd El-Hai Ali, a Sociology and Social Anthropology Masters student at Central European University, Vienna, by Egyptian security services in Cairo. A letter has been sent to the Egyptian authorities signed by the Chair, along with the Presidents of EASA and AAA.Read the full joint statement.

Statement on racism by the committee of the ASA

The ASA Committee believes that anthropologists today, like the vast majority of scholars in social science, the humanities and the natural sciences, think that racism, as a means of producing and reproducing inequality based on ideas about racial difference, is morally wrong and that...Read the full statement.

The ASA considers individual requests for financial assistance by members to support activities that will further the aims of the ASA and professional anthropology in the UK. The maximum amount that any applicant can apply for is £100. Read more.

The ASA is a member of the World Council of Anthropological Associations.